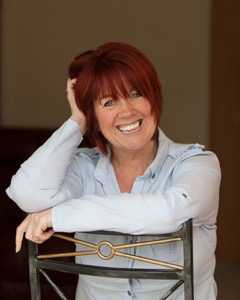 On this particular day it was the third day of a three-day group and we had received the men into the room from the morning movement and sat down to start the group.  All the guys were very settled.  They came in peaceful and ready to continue the conversation.  The feeling in the room was light and hopeful.

As we started to check in with how they all were with questions like “had they slept” “had anything stood out for them in the conversation so far” “where they seeing or hearing anything new” One of the guys who is a regular to our groups, said “I’ve had some bad news this morning.  A fellow that’s done this group a few times died of a drug overdose.”  A shiver ran over me as he mentioned the guy's name, “Charlie Smith” he said.  We were sat in the group room in Healthcare at HMP Onley.  It is the nicest group room in the prison.  It is in the new block making it lighter and airier than most group rooms which are on the wings.  It is often used for acupuncture so has a couple of long therapy beds and yoga mats stacked at the back under the windows.  The blue chairs are comfortable and squishy where it is easy to relax.  The room is carpeted and clean and contains it’s own mini kitchen and toilet which makes running a group with a load of guys a lot easier.  The water heater on the wall above the sink occasionally bursts into life to keep the water at the right temperature.  On this day in July the early morning sun from the recent heat wave had already warmed the room to a tropical feel, so we had the tiny windows between the bars, open as wide as possible, which gives about 2 inches of space for fresh air to enter.  Because all the doors have to be shut tight and locked much of the air in the room becomes stale and humid.  That morning there were three facilitators from the Beyond Recovery team in our team T shirts and wearing our prison belts with keys and chains and radios; and there were 9 inmates.  We were sat in a circle and the news had shocked me.  I felt sad and guilty.  I felt that I had let Charlie down. I felt there must have been more I could have done.  Tears pricked my eyes at the loss of Charlie’s life and one of the guys said: “Can we have a couple of minutes silence miss?”

We sat very still and quiet for the next two minutes.  Every man in the room with his head bowed.  I let myself sit in my own thoughts for Charlie during that time and sent him and his family my heartfelt blessings.  I realised that nobody wanted to break the silence and I remembered something that Alfie Chambers (another guy we worked with who is now released) had told me.  “Sometimes” I said, “it is nice to celebrate someone's life with stories we have of that person, would you like to do that?”  And for the next 20 minutes or so we shared stories of Charlie.  Charlie who had been addicted to drugs for most of his life; had grown up in hardship and who was considered to be ‘tapped’; Charlie who had no teeth and had to be encouraged to wash; Charlie who was funny and loving and lost.  One of the guys in our group, a previous gangster, remembered how he had no time for Charlie, there worlds being so far apart but the day Charlie had come in heartbroken because his mother had died, and he felt guilty for being such a let down, had made this guy feel compassion towards him and then start to see him in a different light.  Charlie had been a little s**t to the prison staff, causing all sorts of issues and very bad behaviour.  Over time, in our groups, he started to clean up and see this behaviour differently.  He calmed down.  He once said to my colleague: “When Jacqueline looks at me I feel that I’m OK inside, she makes me feel like I’m a good person.”  He said when he gets out of prison his dream was to live in a shed in my garden. 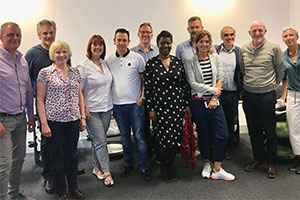 Charlie taught us many lessons.  One of the guys mentioned how he had really got to see the ‘inside out’ nature of our reality by watching how “Charlie would wind himself up, and get faster and faster in his story and more and more agitated in his body, then Jacqueline would say something that would calm him down and as his mind settled he settled”. And despite his rough ways or lack of education or any of the things that we think make us insightful, Charlie had once shared one of the most profound descriptions of innate wellbeing I have ever heard: “When I sit in this room a funny thing happens inside my heart.  It's like when you listen to a beautiful song and your whole heart and body fill up with love and wonderful feelings, and all you want to do is go out and give that love to everybody else.”

R.I.P Charlie Smith – you touched hearts and you won’t be forgotten. 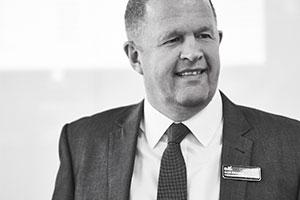 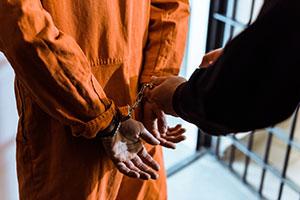 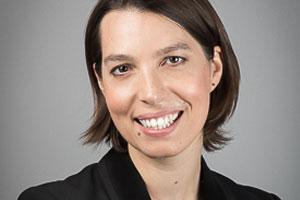 My work in the criminal justice system stretches from cradle to grave: I work with pregnant women and new mothers facing custodial sentences, young defendants in youth offender institutions and older prisoners who have spent decades inside. I also… more