HMP Berwyn is a landmark prison in the UK.  HMP Berwyn accommodates 2,106 men and is a Category “C” prison which means it takes men who are low risk, quite often in the last stage of their sentence and identified as prisoners who want to change their lives. The focus at HMP Berwyn is rehabilitation rather than incarceration.

The core values at HMP Berwyn of realising potential, respect, collaboration, integrity, sustainability and accountability support the philosophy that “if you treat people like human beings, they will behave like human beings”.  There is an intrinsic change in terminology as the prisoners are called ‘men’ rather than ‘offenders’, the ‘cells’ are ‘rooms’ and the ‘accommodation blocks’ are ‘communities’.  Using normal language rather than institutional terms is an important part of the transition from prison to outside life. The Nelson Mandela Rules for Prison Management, in line with Human Rights, advocate that the experience of being in prison should be as close to living on the outside - thereby making the process of integration back into society more seamless.

The design of HMP Berwyn, the first prison lit 100% by LED, moves away from dark dehumanising Victorian prisons towards a 21st century rehabilitative establishment.  Hoare Lea specified Designplan together with their sister company Whitecroft who supplied the non-custodial luminaires.  With the reassurance of being part of the Fagerhult group, this collaboration was capable of providing a broad range of luminaires to all areas of the prison.

In line with HMP Berwyn’s values, respect to all is shown in a number of ways. For example, the 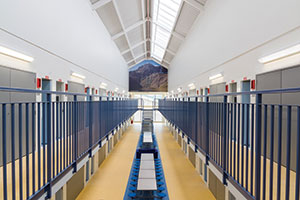 men are addressed by their preferred names as well as knocking on a door before entering a room.  This respect leads to trust and together these two principles result in less violence.

Theoretical ideals are at times challenged when rumblings occur, and it is because of these eruptions, the lighting needs to be robust. On the association and landing areas, the contemporary style of Designplan’s Tuscan luminaires improves on the institutional installations in older prisons but are still capable of resisting extreme attack.  Additionally, the gradient top design of the Tuscan ski slope prevents it being used as a place to conceal restricted items.

Just under 50% of all prisoners in the UK are functionally illiterate.  It is considered that this lack of educational development is fundamental to the path in life they have followed.

Every man, except those who are retired, either works or is involved in vocational training during the day. Designplan’s Curve VR is installed in all of the 34 classrooms and the library. These reinforced surface ceiling mounting fittings provide a safe yet non-institutional feel to the development areas.

The workshops develop skills and self-confidence allowing each man to think beyond their past to create a changed future. The sustainable workshop promotes care for others by acknowledging that all live together and in one society.

With a limited amount of time spent outside, natural light inside supports human health and promotes the mental and visual stimulation necessary to regulate the human circadian rhythms. This factor contributes towards a calmer environment within HMP Berwyn.

The education block is naturally light, so the lighting installation needed to reflect this by controlling the amount of artificial lighting through daylight sensors.  When light levels are adequate, integrated sensors ensure the Curve VR remains unlit, reducing energy and running costs. 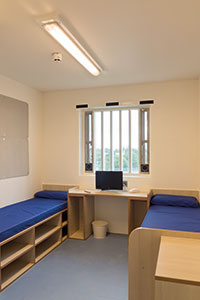 Despite the progressive approach to rehabilitation, HMP Berwyn is still a prison and the men are locked in their rooms for 12 hours a day. Designplan’s lighting meets the highest levels of impact resistance and MoJ standards.

The IK16 rated Abrams AL can withstand 150 joules of force, over 7 times more than the standard (20 joules). The anti-ligature design is ‘safer cell’ approved to prevent self-harming and is installed in all 1,350 rooms and en-suites. A patented flame and puncture resistant diffuser secured with tamperproof screws prevents the fitting being breached and then used as a weapon during times of volatility.

Each room has its own control panel which allows Abrams AL’s light levels to be adjusted to low, medium, high and night-light. This variation of illumination allows each occupant to determine their own environment and supports the ethos of developing independence.

Designplan needed to deliver a lighting solution to illuminate all aspects of HMP Berwyn and create an environment which upholds the principles of this pioneering prison. They supplied over 6000 luminaires, with nearly half the fittings in the rooms.

The success of Designplan’s dedicated project management team overseeing this installation was crucial to ensure they provided both product and service to a level which they knew they could sustain and promote.  This standard was achieved by assisting with design and product selection, managing deliveries on time and in full and providing a full after sales service.

Their industry accredited robust products and a commitment to service excellence affirms Designplan’s position as market leaders in the custodial sector. 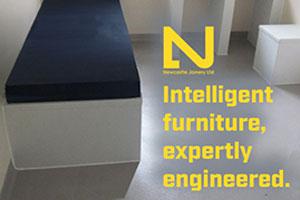 An innovative solid surface material is used throughout. When in contact with natural or artificial light its active properties allow air purification,… more 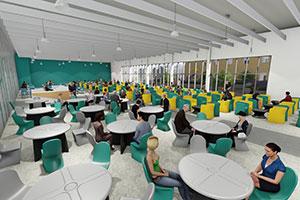 The latest figures, released by the Ministry of Justice, highlight the ongoing issue of staff and prisoner safety in custody. All figures, including assaults, self-harm and deaths, have increased on the previous year. At a time when the Government is… more 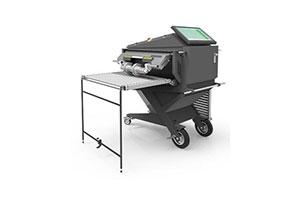 Detectnology (UK) Ltd specialise in the sale, hire and maintenance of the worlds most advanced weapon, threat and narcotic detection equipment.

Our long standing working relationship with correctional and judicial public sectors stands in testament of our unbiased, transparent advisory and supply services.

Detectnology (UK) Ltd remain independent of any one manufacturer. Our… more