England and Wales send more people to prison each year

There were more than 140,000 admissions into prison in England and Wales in 2017—the highest number in western Europe, according to a new report published today (24 June 2019) by the Prison Reform Trust.

The report Prison: the facts, reveals that, despite the number falling in recent years, England and Wales still have over 40,000 more admissions to prison than Germany, the second-highest—which has a significantly larger national population.

The comparative figures are taken from the latest available Council of Europe Annual Penal Statistics.

The rate of prison admissions, which accounts for the effects of differences in national populations, shows that England and Wales have a rate approximately three times that of Italy and Spain, and almost twice as high as Germany, with 238 prison admissions for every 100,000 people.

The prison population in England and Wales currently stands at 82,424 – nearly 70% higher than it was three decades ago.

Great Britain as a whole continues to be an outlier in western Europe in its use of custody, with significantly higher prison populations than other countries. Scotland has the highest prison population rate per head, with 150 people held in prison for every 100,000 of the population, closely followed by England and Wales, with 139 per 100,000. Northern Ireland by contrast imprisons 76 per 100,000.

The figures strengthen the case for tackling our over-use of ineffective short prison sentences; with Scotland moving to extend its presumption 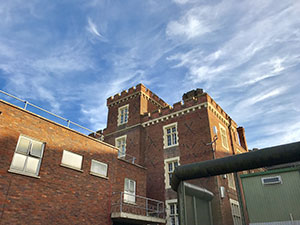 against the use of prison sentences of less than 12 months, and justice secretary David Gauke considering the abolition of short sentences in favour of more effective community solutions to offending.

But cutting short sentences alone will not solve the overcrowding crisis and the shameful prison conditions it produces.

The number of people in prison is predicted by the Ministry of Justice to rise further, as sentence lengths and custody rates continue to increase. More than two and a half times as many people were sentenced to 10 years or more in 2018 than in 2006, despite levels of serious crime being substantially lower.

England and Wales also have the highest number of indeterminate prisoners (9,441) in western Europe by a significant margin—more than Germany, Russia, Italy, Poland, Netherlands and Scandinavia combined.

More than 7,000 people are currently in prison as a result of being recalled to prison from licence—in 1995 that figure was around 150.

The report reveals that:

·Many of our prisons remain overcrowded. Latest figures show that two-thirds (81 out of 120) of prisons in England and Wales were overcrowded.

·We continue to over-use very short prison sentences. Almost half (46%) of people sentenced to prison in England and Wales last year were sentenced to serve six months or less.

·We also choose to send people to prison for a long time, and it’s growing. More than two and a half times as many people were sentenced to serve 10 years or more in 2018 than in 2006.

·New officers recruited to reverse recent cuts are feeling the strain. More than half of officers (54%) who left the service had been in post for less than two years.

·Our prisons remain unsafe for those who live and work there. Rates of self-harm and assaults are at the highest level ever recorded; and assaults on staff have more than tripled in just five years.

“These figures show the scale of the challenge that we face in breaking our addiction to imprisonment. Planned measures to limit the use of short sentences, and correcting failed reforms to probation are both steps in the right direction. But our shamefully high prison population rates won’t be solved by these alone—a public debate about how we punish the most serious crime is overdue.”